IRADe is working to assess impact of heat stress on livelihoods, productivity and health of vulnerable population in three Indian cities viz. Delhi, Rajkot and Bhubaneswar. The project aims to develop and support implementation of Heat Stress Action Plans for the selected cities. IRADe is working in collaboration with the Indian Institute of Public Health (Gandhinagar and Bhubaneswar), Odisha State Disaster Management Authority (OSDMA) and the municipal corporations of the respective cities. The work done up until now has been recognized by city, state, and national government, including the National Disaster Management Agency. These HSAPs will help prevent heat-related mortality, enable governments to protect poor and vulnerable citizens, improve the preparedness of hospitals/health centres, mitigate economic losses, and make Indian cities climate resilient.

Thermal hotspot maps using LANDSAT 8 imageries, for the three project cities were prepared and wards with temperature above 40OC were delineated across these cities. The existing Thermal Hotspot maps for Delhi, Rajkot and Bhubaneswar were updated and finalized

To capture the impact of heat stress on health, livelihood and productivity of

the vulnerable groups, socio-economic surveys were conducted in three cities through household surveys. Detailed research questionnaires were prepared for the same and Thermal Hotspot maps were used to delineate vulnerable hot spots at each city level marking the slums and squatter settlements. Eleven such hot-spots were marked across each city where household field surveys were conducted. Using stratified random sampling technique, 3 set of surveys; one primary and two fortnightly (F1 & F2) were conducted in identified vulnerable hotspots of the city. 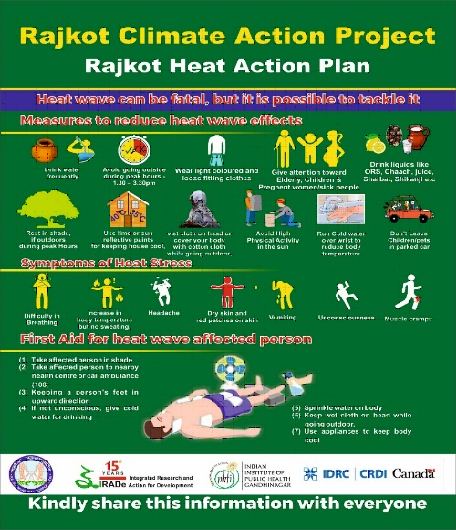 The study outputs and findings were presented to the City administrators, policy makers and related stakeholders in Bhubaneswar, Ahmedabad and Delhi.

City level awareness for prevention of heat related illnesses several initiatives have been taken; like preparation and distribution of heat stress prevention and management pamphlets across more than 10, 000 households in Rajkot, sharing the heat stress advisory with URJA (United Residents Joint Action) of Delhi for heat stress management in RWAs (Resident Welfare Associations) and awareness campaigns in over 100    plus Delhi schools. In addition, key short term actions have been recommended to the municipal corporations of the three cities to be implemented on an immediate basis for management for heat related illnesses. Strategies for management of heat stress and capacity building plan was developed for Rajkot city.

The study was done to assess the climatological variations in summer months (March, April, May and June), for a period ranging from 2001-2018, in three project cities. Daily data of climate parameters: Maximum Temperature (Tmax), Minimum Temperature (Tmin), Relative Humidity measured at 8:30 AM [RH (830)], and Relative Humidity measured at 5:30 PM [RH (1730)], was collected from Indian Meteorology Department (IMD). The climatology data was analysed further by comparing with the city’s long-term climatological mean Tmax and Tmin

(mean of 1905 to 2000) for the corresponding months, to determine the deviation in the city’s temperature and humidity.

Land Surface Temperature (LST) maps and the ambient air temperature measured by Automatic Stations (AWS), were mapped and analysed to identify the spatial distribution of air temperature in Rajkot, Bhubaneswar & Delhi for 2018 -2019 summer. 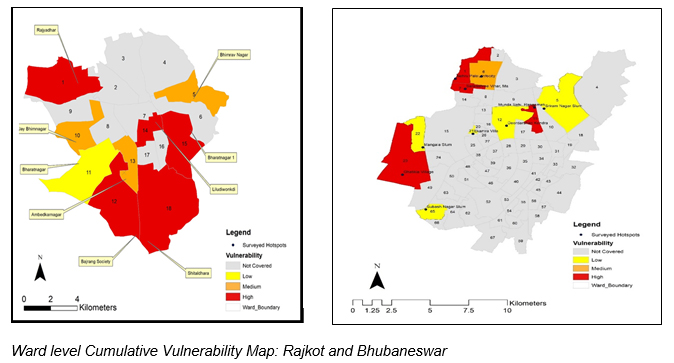 A Heat Stress Advisory was prepared in collaboration with the medical services department of New Delhi Municipal Corporation and it was distributed among the Medical Services Department of NDMC. The preventive measures that can be taken to avoid heat-related illnesses were also incorporated on the prescription slips of NDMC Charak Palika hospital and associated dispensaries.

In Rajkot, IRADe in collaboration with the Rajkot Municipal Corporation (RMC), actively implemented the Heat Stress Action Plan (HSAP) in the city. Some of the key public awareness initiatives like Hoardings at public places, LED Screen to display Heat Advisory, distribution of more than 15,000 posters and pamphlets in regional language and initiating Early warning systems using 20 temperature sensors across the city. 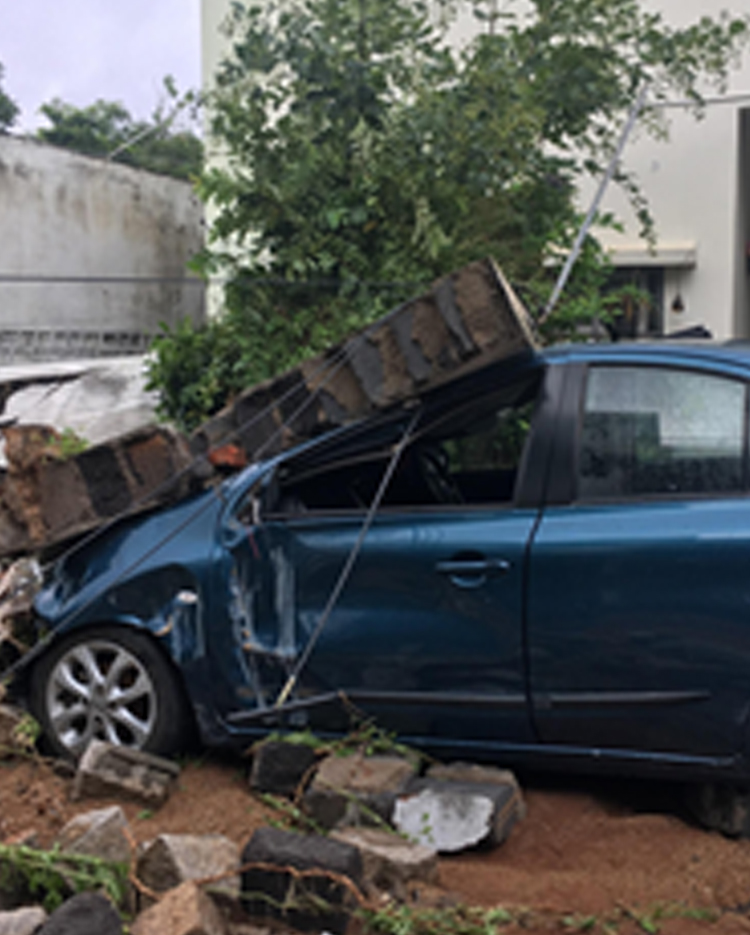 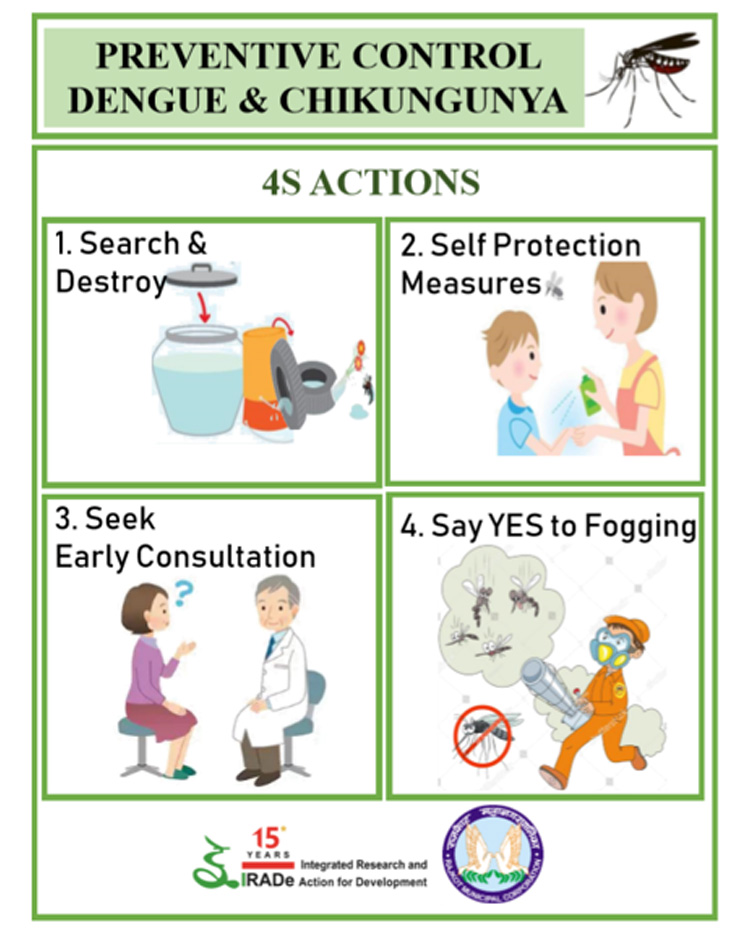 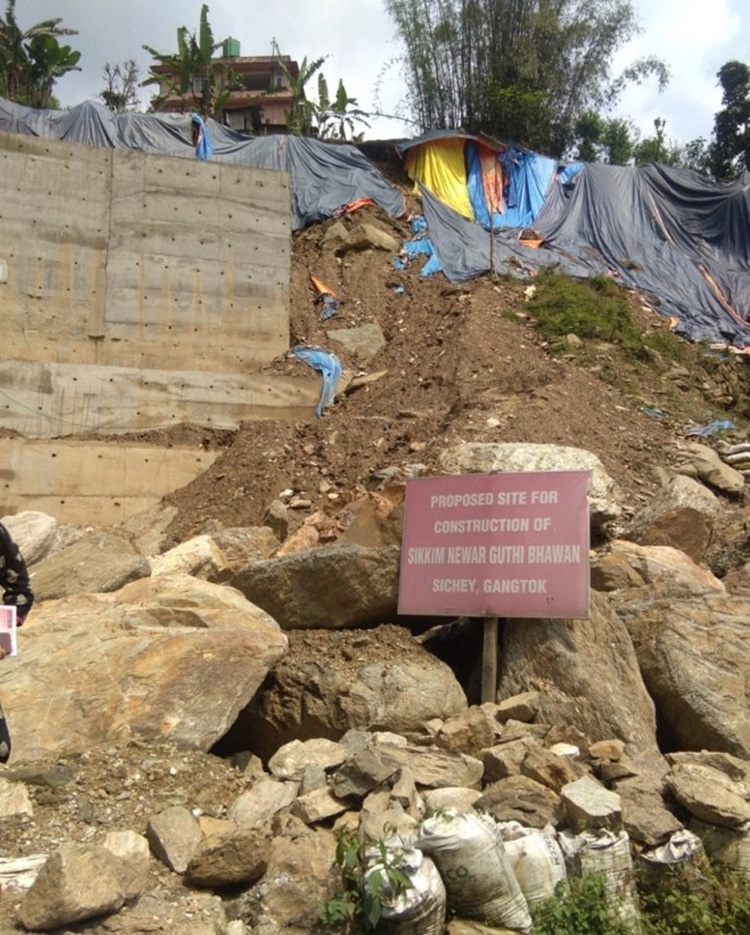 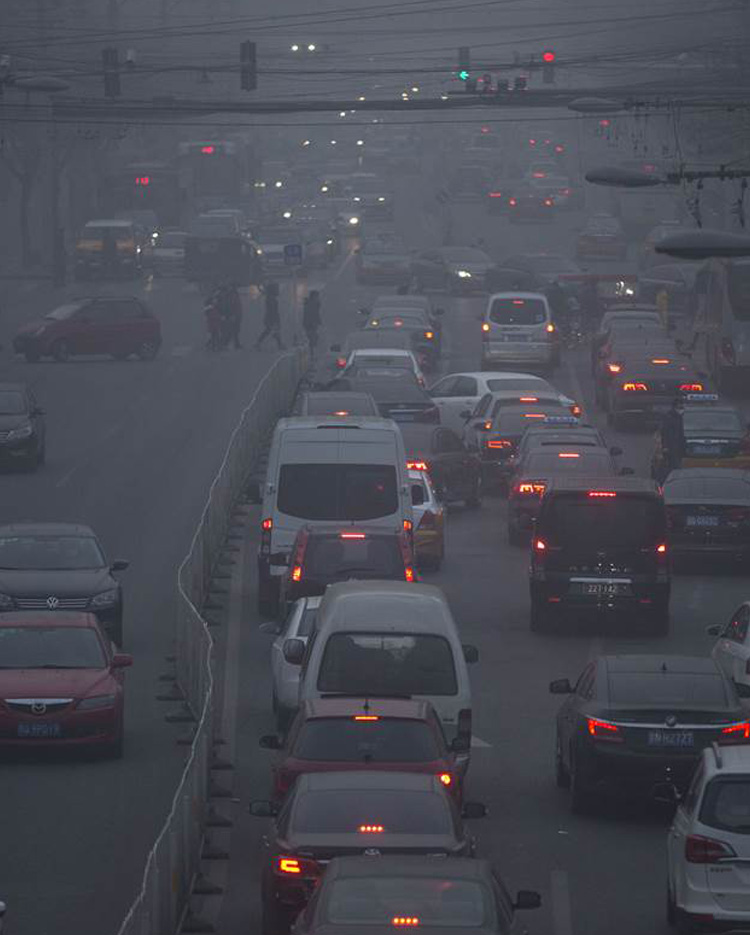